This time we got a chance to talk to our Solution Architect and Serverless Ambassador Paul Lyons who puts high value on expertise of the Nordcloud team! Paul was voted as the 2019 “Nordcloudian of the Year” for the Finland region. If you want to talk about astronauts and 3D printing with someone, you know who to look for. Here’s his story.

I’m from the UK originally and I’ve been working around Europe since 2006 in Spain, Germany and Finland. I started out in broking and banking and then worked with sports trackers and wearables. Now I’m a Solution Architect and Serverless Ambassador for Nordcloud.

I was working in finance when the 2008 crisis happened, so suddenly I had a lot of spare time on my hands. I used this time to learn distributed systems with Erlang and this was the start of a journey.. First learning about Integration Patterns, messaging systems and how to build systems as separate elements that can talk to each other, but aren’t directly connected. You’ll know this today as Microservices.

When the cloud came along and opened up so many opportunities, I was hooked. Off-the shelf scaling of databases, web servers and even our own applications. Suddenly complex set-up tasks that sucked time out of every project were a commodity. Also immutability! The exact same servers in all environments – no more late nights tracking down subtle differences in server set-ups.

Then Functions as a Service became a thing, there were “no servers” at all, just code responding to events elsewhere. A microservice dream! Other serverless services too – store files without considering disk space, insert data to a database without worrying about shards and partitions.

I joined Nordcloud to put these concepts into practice.

My speciality is being a generalist. If that makes any sense… There’s better programmers than me, people who know each of the cloud providers better than me, better project managers than me. I aim to learn just enough of everything and guide people to make decisions with their eyes open about alternatives.

There is a focus on the human side of things, people are not just their CV or job title. Recognising this uniqueness, people ask each other for advice and opinions and there are always unexpected people getting involved in the conversation. I love how we all interact in this way – hierarchy free zone.

That’s a bit like asking which drop of water makes the ocean wet. There is such diversity at Nordcloud. Not just from having offices throughout Europe, even within the offices there are people from all different backgrounds, nationally, culturally, training, hobbies. The expertise that all these different people have is amazing. Every day I feel like I learnt something from someone – a new word in another language or a way to misuse some cloud service to save time and money on a project.

5.What sets you on fire / what’s your favourite thing technically with public cloud?

I would have to say that it’s the democratization of infrastructure and the freedom that gives to developers – no more fights over limited capacity.

Compared to the “old days” when there was one development server in the basement somewhere which was shared with everyone on the team. There is now (effectively) an infinite capacity in the cloud and they are all an API call or mouse click away. Want to try a different database? Want to see if your application can do auto-failover? Need to store and search terabytes of log files?

All just a click (and credit card number) away!

What any self respecting nerd would be doing: Preparing to be an astronaut.

I have a few 3D printers and the aim is to design and build a spacesuit for Mars which can be repaired several million miles from home with a few watts of electricity and a couple of rolls of the right plastic. 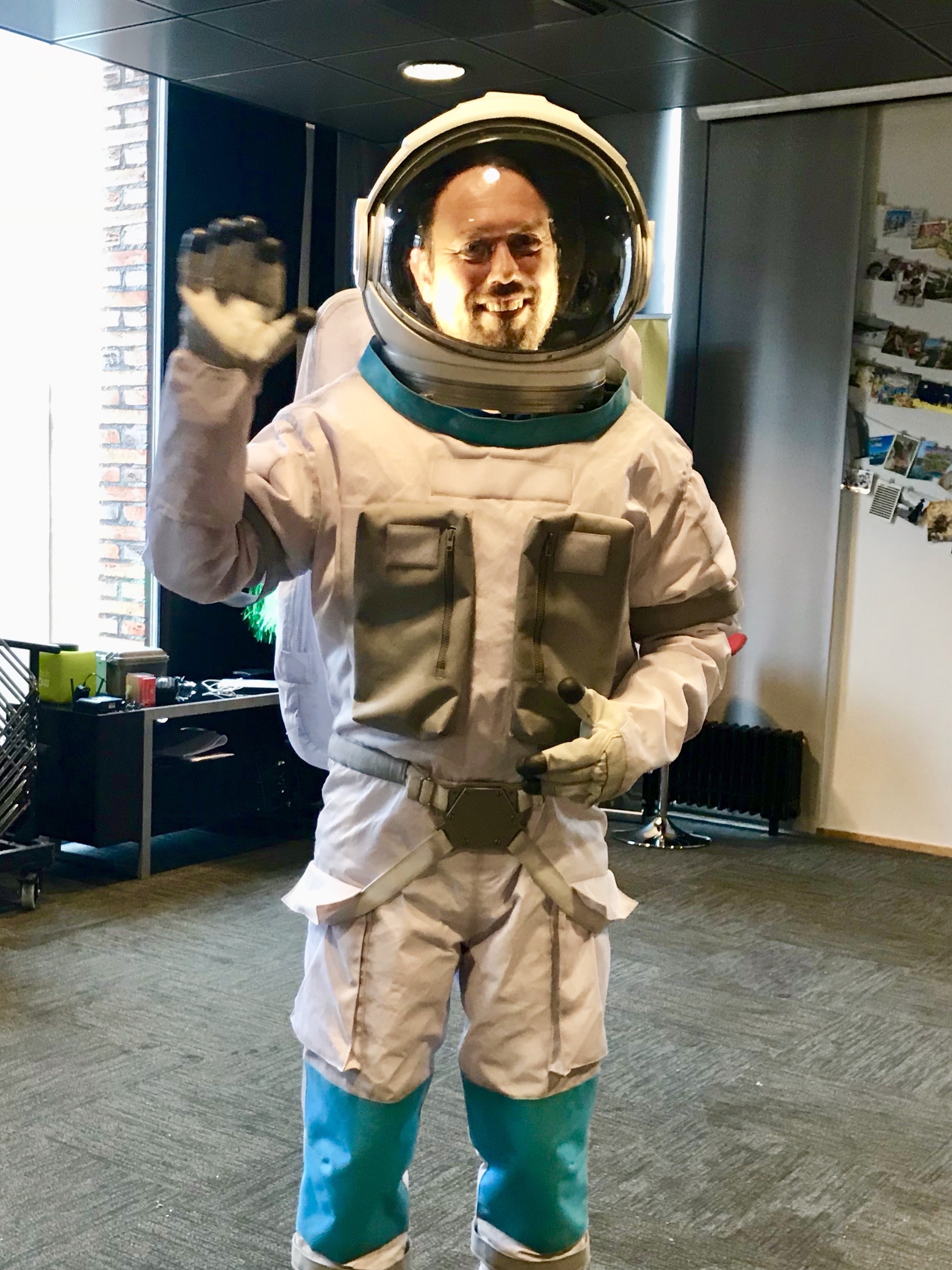