For the last few months I was working for a customer that had a requirement: an application in AWS Cloud for his global organization, with users in Europe, USA, India and – China.

We all know, that there is a AWS region in China, but most of us knows exactly this and nothing more. I was on the same page 3 months ago. Since then, I had a lot of fun working with AWS China regions, and in this blog post, I wanted to share my experiences and the curiosities I faced.

But hey, you might ask – why to write a blog post about some specific AWS region? Well, when you login to AWS console on http://console.aws.amazon.com/ , you will see a number of regions you can switch to:

But China is nowhere to be seen. Why? Because… well, yes – this is China.

AWS China consists of two AWS regions: in Beijing, operated by Sinnet, and in Ningxia, operated by NWCD.  And yes, both regions are operated by 3rd parties. Amazon Web Services has created technology collaboration with Chinese companies to comply with China’s regulatory and legal requirements, which they couldn’t do on their own.

Let’s take a look at the map: 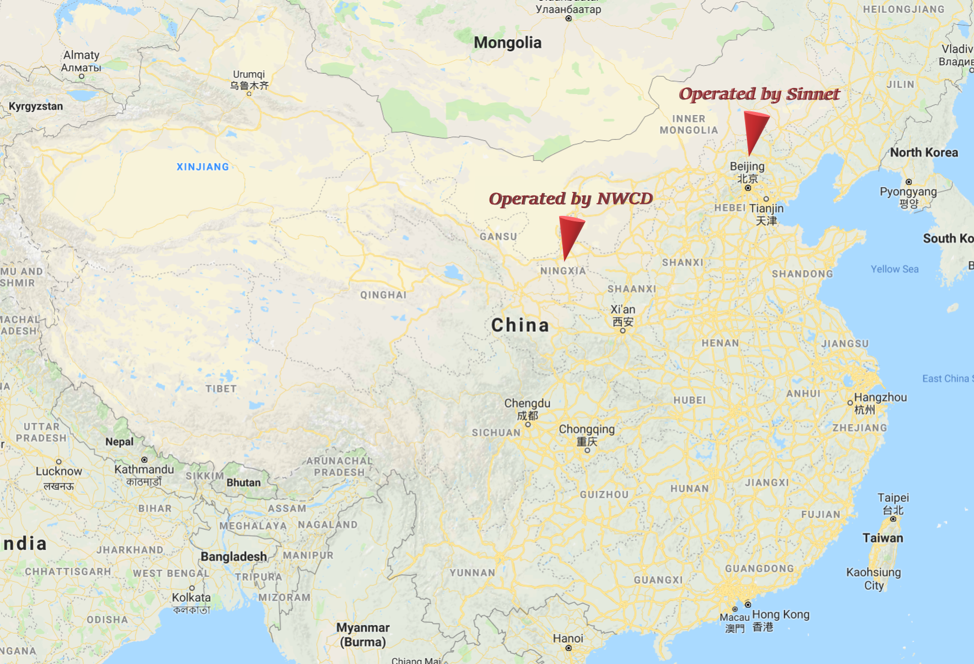 You need to understand one thing about AWS China: it is totally separated from AWS global. And when I say separated, I mean it. Speaking of AWS services, let’s look at what is available in China:

Looks nice and clean, unlike the dozens of services in AWS global, right? Yes, that is correct, not all AWS services are available in AWS China. Check here to find out which are and which are not.

There are several crucial AWS services used by yourself daily in AWS global that you probably can’t imagine working without, and are not available in AWS China, such as:

Some quite new services such as EFS, SFx, Macie, Elemental, Neptune are also not available. But hey – there is an AWS Snowmobile in Beijing! 😊

OK, so we now we know the differences in using AWS China. How do you use it, then?

In AWS Global, all you need to do is to take your Credit Card, go to http://aws.amazon.com/ and open an account. But not in AWS China.

First, you need a legal entity registered in China to open AWS account in China. This is a blocker for most of the people reading this anyway.

Second, you need to decide, whether you need a full access account or whether internal access account is enough. The difference? Internal access means you are not going to serve anything to the external world – all ports to your EC2 instances are blocked, except 22/ssh and 3389/rdp. Also, there is no access to your S3 buckets via http(s) protocol.

The easy answer would of course be “let’s go with full access”, but alas. In China, to serve content on Internet, you need to have either ICP recordal or ICP license. Long story short, these are permits from the Chinese government that are required to host website or serve service over Internet for non-commercial (ICP recordal) or commercial (ICP license) purposes. You can learn more about obtaining a permit in guides like this one by Kendra Schaefer.

You can face “funny” situations, when trying to download a file from your S3 bucket into your EC2 instance within the same AWS account using wget with internal access… it’s not possible. Access via https is not opened even from your AWS resources. Via API (i.e. via cli → aws s3 cp …) it works just fine, though.

The rest should be simple – just go to www.amazonaws.cn and register new account, and setup a root password, right? Hold on… well, not quite.

You will not get root account in AWS China regions. You will get a user with high privileges (let’s call it admin user) to do everything except things that only root can do (i.e. change support level plan – if you would like to do that, email AWS China support).

OK, so you finally have it – after a bit of waiting, which could be days or weeks, depends on your luck –  your new shiny IAM user. Let’s login!

First thing to note: when using AWS China from Europe, the console is quite slow. There are better and worse days, but it is significantly slower than the AWS global console.  Well, it needs to travel through the Great Firewall of China, right? Bandwidth is not great, so for example, downloading some files from repositories in US/EU, you should expect transfers ca 10-50KB/s. Console is a bit faster during China’s night hours, which in Europe means after 4 PM.

Anyway – let’s go further. What is the first thing you do after creating new AWS account? Setup MFA for root, oh sorry, admin user. Another surprise: only virtual MFA is supported. Not a big issue for me, but worth noting.

What is the second thing you do after creating new AWS account? Use it. And use it wise, with IaC, Infrastructure as Code. And there you’ll find another surprise, if you would like to use Cloudformation stacks you’ve created for AWS global. ARNs are different in China, specifically Partition in ARN (2nd field). In AWS global they start with arn:aws:…. and in China it is arn:aws-cn:…. You might think that this is not very important… well, consider your Cloudformation templates that are explicitly using ARNs, i.e. IAM roles/policies, such as

You will need to change those ARNs from aws to aws-cn.

That would be it – now you have your AWS account in one of AWS China regions, and it’s time to use it!

Apart of that… it simply works 😊 It’s AWS after all, right?