Energyworx is a Dutch scale-up that produces big data platforms for customers in the energy sector. Their customers, both energy suppliers and network operators, use the platform to process and store time series data from all the energy meters placed in houses and businesses across their area of operations. The platform is used to automate business processes like billing and predicting energy usage. During our project, we assisted them in migrating their data processing pipelines to Kubernetes, achieving over 50% savings on costs for their compute workloads.

Before Nordcloud was introduced to this project, Energyworx had already built a large, distributed platform on GCP, mostly using managed services such as App Engine, Dataflow, Pub/Sub, Bigtable and Big Query. The problem they were experiencing was that as the load on their platform rose, so did the costs. The biggest cost factor in the project was Google Dataflow. Therefore, at the start of our project, the decision to migrate a significant compute load from their platform to Kubernetes was made.

Google Dataflow is a service that runs code developed specifically in the Apache Beam framework, which was developed by Google and is now open source . This framework was designed specifically to make it easier to build distributed applications that process substantial amounts of batched and streaming data.

Apart from the Beam framework itself, Dataflow also offered many other benefits:

So, why migrate away from Dataflow?

Well, there were several reasons, but the most important reason was cost. Like with many managed services, you pay for all the functionality that they deliver by paying a premium on the compute resources. Compared to what you pay for regular Virtual Machines, a Dataflow instance, for example, costs 2.5x as much for the same CPU/RAM resources according to Google’s cost calculator at the time of writing.

That could be worth it, if you get enough value out of it, either by getting better performance than you’d get if you build your processing pipeline some other way, or by reducing operational headaches. For Energyworx, this was not the case, for several reasons:

In Energyworx’ experience, the Python version of Dataflow in general performs worse than the Java implementation and lags behind in features. They also experienced frequent crashes where pipelines ended up in a state where they simply did nothing, causing tickets sent in by angry customers waiting for their data. Energyworx ended up having to dedicate significant amounts of time to monitoring their flows. Dealing with these crashes also caused data loss, application messages that were still in progress were lost when restarting.

The way they had built their processing pipelines ended up growing ever further away from what you might consider a “canonical” Beam pipeline. Every time they ran into an edge case that the Python version of the framework did not (yet) support, they worked around this limitation by writing code outside of the Beam programming model. This code was a drain on the performance gains Dataflow could provide. On the other hand, since at the point we started the migration project, a large part of the codebase was not too tightly coupled to the Bbeam programming model. Therefore, it was simple to remove the Beam framework entirely and dockerize the pipelines, making it possible to run them on Kubernetes without a Beam runner.

In Energyworx’ experience, Dataflow auto scales aggressively when a burst of data enters the system but does not scale down quickly enough after the data has been processed, causing a lot of unnecessary costs when large batches of data enter the system. While the auto scaling feature in principle was a big plus, not being able to tweak the autoscaling in a fine-grained way was a significant downside. In Kubernetes, we have complete control over the autoscaling behavior using Horizontal Pod Autoscalers.

Apache Beam and Dataflow posed a challenge from the perspective of managing the code libraries used in Energyworx’ product. As you can see on this documentation page, the Dataflow runners come with quite a few python libraries already installed:

This posed challenges for evolving the product – since so many dependencies we wanted to use were bound to the version of Apache Beam we were using; we were effectively required to update all the dependencies at the same time.

So, I guess what I’m trying to say is that using a framework imposes a cost on your freedom to choose your other libraries, which shouldn’t really surprise anyone.

Finally, Energyworx is eventually hoping to deploy their platform on other cloud platforms as well (AWS/Azure) and running the workloads in Kubernetes brings that ambition one step closer to reality.

The autoscaling optimisations and change of tools can lead to a more mindful usage of resources and therefore, reduce the total spend of the platform.

Problems encountered in the migration process

So, what kind of trouble did we run into when rewriting the processing pipeline to run as plain python docker containers? Well, mostly the problems inherent in distributed systems:

Data processing in the Energyworx platform occurs in several stages, decoupled from each other using Google Pub/Sub topics and subscriptions. One problem we simply had to deal with during the migration was taking care of data duplications. As described eloquently in this blog, one of the inherent problems of distributed systems is that you cannot have exactly-once delivery. Dataflow has built-in features for deduplicating the data in the platform. Without dataflow, we had to produce our own implementation.

We ended up going with several:

As mentioned earlier, data passes through several processing steps in the Energyworx platform which are decoupled with Pub/Sub topics. One reason for migrating to Kubernetes was the more granular control over the deployment autoscaling. This turned out to be both a blessing and a curse: While we now had tools that allowed us to tweak the scaling and throughput of the platform, we also had to use many of them. Some concerns to think about:

Finally, we had to take a bit more ownership for handling failure situations, whereas before they were covered by Dataflow. Two of them are:

When refactoring the data pipelines, we had to come to grips with the fact that we had to do far more failure handling on our own.  It turned out that when running thousands of containers in Kubernetes, containers get killed all the time. Either having containers get killed halfway through processing, or halfway through sending out output data, caused both losses in performance and data duplication. So, we had to design the new services with that in mind, making the service responsible for gracefully handling such situations.

We added termination handlers to every service, so that the services could finish their current batch of work when receiving a SIGTERM. We also determined that I/O of the processing pipelines should be as close to transactional as possible. In practice, this means that when processing, it is best to save any output/database writes for that unit of work until the end of processing. In this way we could make the acknowledging of input messages and sending out of output messages behave as much   like a transaction as possible.

Based on the work we did in this migration project, Energyworx achieved several business outcomes that ensure their platform can keep evolving in a sustainable way in the coming years: 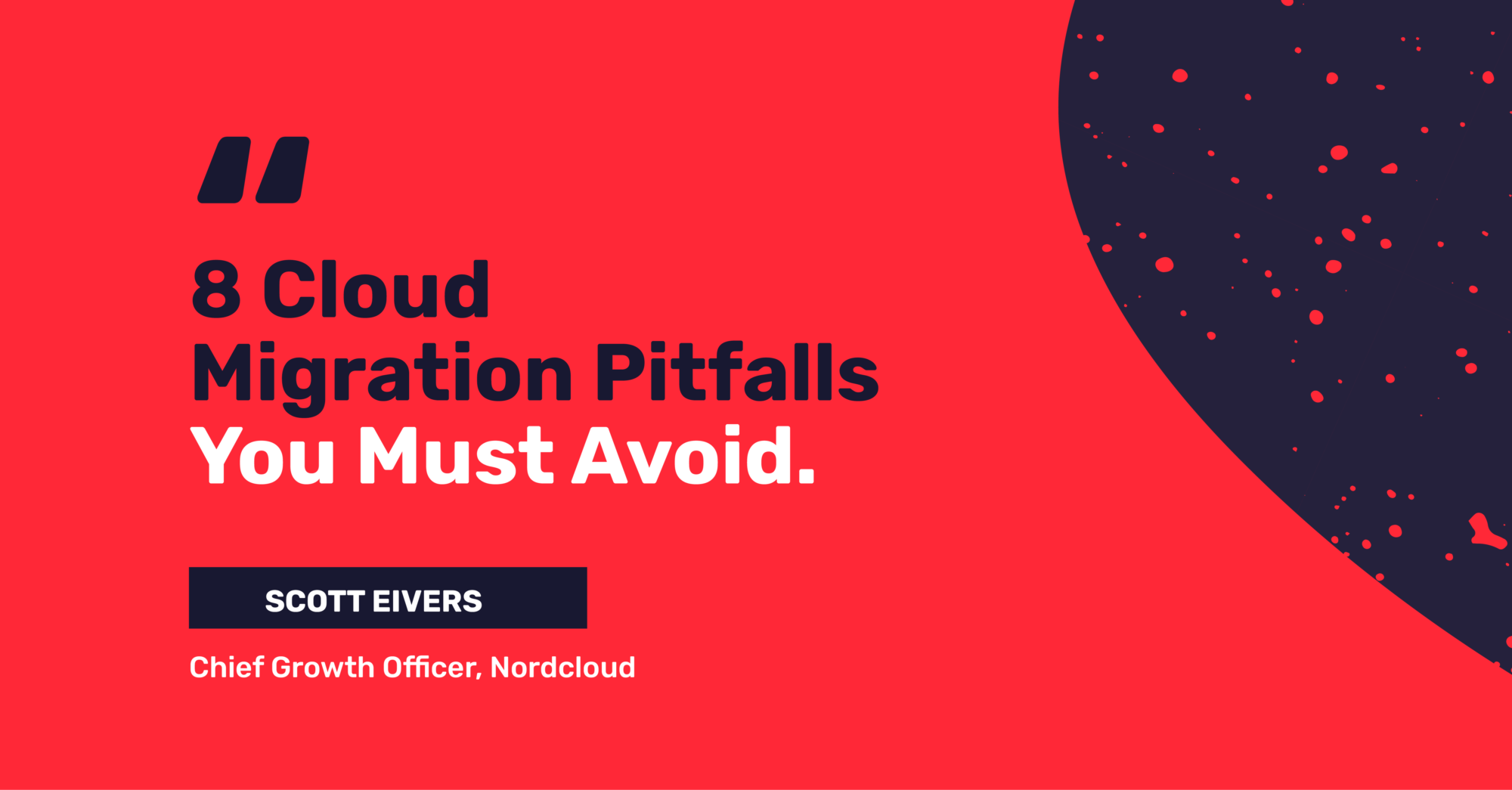 8 Cloud Migration Pitfalls You Must Avoid

Beware of these 8 scenarios that cause unnecessary aggravation. We consider FinOps to be more than just a function or a service – it’s a culture change.