Home > Stereotypes that still prevent women from pursuing IT

Home > Stereotypes that still prevent women from pursuing IT

Stereotypes that still prevent women from pursuing IT

Many young talents are lost when girls don’t even consider IT industry as one of their options due to stereotypes. I, for one, almost became one of those. For the International Women’s Day, I want to share my story to encourage people to see past stereotypes.

The number of women in IT industry has stayed steadily low for a couple of decades. One would think that as Nordic countries have high gender-equality, the gender gap in technical professions would slowly narrow. It has been proven to be the other way around: societies with high gender-equality empower women to pick whatever career they want*.

As women are expected to be people-oriented and men to concentrate on gadgets, women are usually steered towards careers in the care sector and men in technical fields respectively. Stereotypes play a strong role here: the IT industry is seen as lonely hacking, including a lot of mathematical calculations – and filled with introverted professionals, usually men.

As a professional in IT industry, I can say that none of these are necessarily true. But for teenagers thinking about their future profession, stereotypes might feel so strong that they don’t even question them.

That’s what happened to me. It is only by luck that I came to study IT.

How I discovered there’s more to tech

In high school, you could say I was interested in programming. I spent a lot of time making funny little games and building a website with friends I had never seen but only communicated with online. Still, I thought that a career with computers would mean sitting in a desk alone, not allowed to talk to customers, or to any people for that matter. And I didn’t bother to ask.

As girls usually, even when I was good in math, I was even better in reading and writing, and I wanted a career with social contacts. I had a vague dream about a career in literature. And no one questioned it – maybe because of my gender. That dream didn’t come true but instead lead me to apply for IT studies, without me even realizing it was IT that I was applying for.

IT industry has evolved a lot since 2006 when I was thinking about my next step in education. Since IT is everywhere, there are lots of different roles and tasks. Developers are most on demand, but there are many other roles in IT that don’t include programming at all. Instead, all roles in the IT industry include a vast amount of communication with other people, including developer role.

This is what I wished from my career as a teenager, and surprisingly I got it from the IT industry. 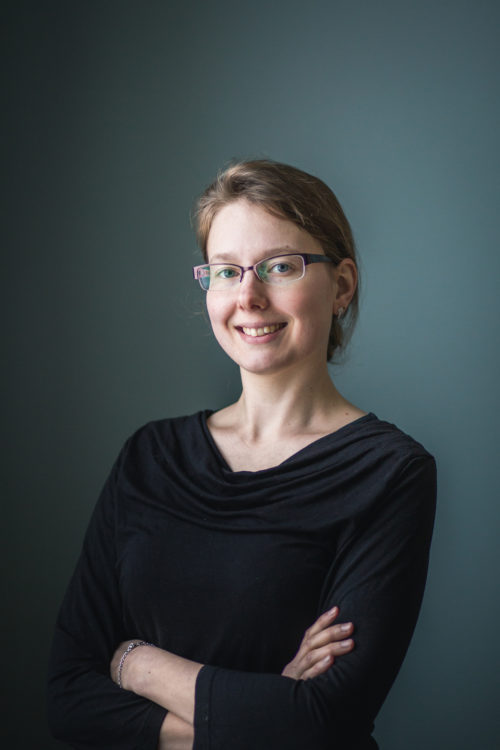 What all young women should know about IT

I’d like to tell my 18-year-old self and today’s teenagers, that in my job as a software developer, I discuss with customers on a daily basis. I influence their business by building tools for them, which sometimes results in exponential positive impacts. In programming, I get to take care of tiny details and be precise. At the same time, I get to hold the big picture in my head and design building blocks for things much larger than I could achieve on my own. I get to solve logical problems, impact the quality of my team’s work and ensure good communication practices.

I’d like to tell the world, that in my IT job, I have a great time with great colleagues who share same interest and values as I do, and who value my input and experience and help me grow better every day. I would tell any human pondering about their future: ignore stereotypes – investigate yourself. What did you find? Did you like it? Will you presume on your dream despite stereotypes?

Check out our open positions